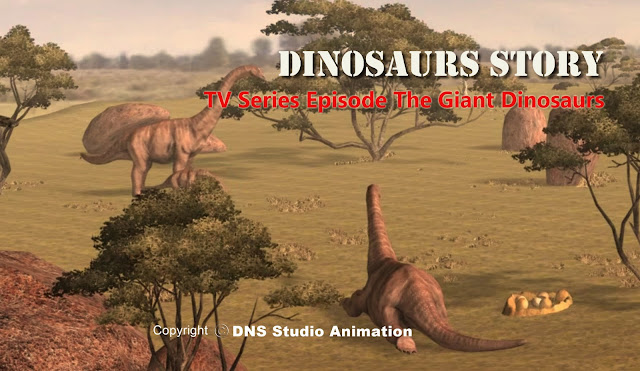 The Giant Dinosaurs is part of The Dinosaurs Story TV Series.

About Apatosaurus
Apatosaurus is one of the most famous dinosaurs of all time. Haven't heard of it? Well, what about Brontosaurus?
He named one Apatosaurus, one Brontosaurus, and one Atlantosaurus. However, after much study, it became clearer that the three were actually the same animal. Since the first one named was Apatosaurus, that became the official name. Yet, the name Brontosaurus has lived on in popular culture.

Apatosaurus had a short snout filled with weak, peg-like teeth, which it used to rake leaves off of trees.

Although not as tall as some of the other Sauropods, it was one of the heaviest.

What is this dinosaur's name? .....Apatosaurus

What does the name Apatosaurus mean?.......Deceptive Reptile

In what period did Apatosaurus live? .......Late Jurassic

Where did Apatosaurus live? ......North America