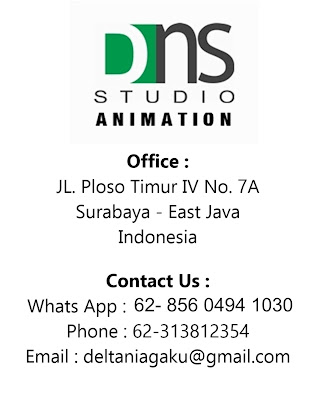 DNS Animation Studio Founded by Eddy Harjanto in 2007 under the name Space 3D Animation, then continued to experience development and changed to DNS Animation Studio. In 2010, we began developing animation with the motion capture method. DNS Studio continues to grow and is engaged in the Creative, Multimedia and Animation Film Industries. Some of the products produced are as follows: